Hope in The Dark

· No Comments
It is important to name the dark and the bleak, the better to pick out the starlights of hope.  But sometimes our world seems oh, so dismal, sad, hopeless and well, … ruined.  People and nations fight and lie, manipulate, seek after power, and leave others in misery.  As a child, you probably heard the Greek myth of Pandora’s box, which starts out as a catastrophe and ends on a special note. The box would actually have been a large jar (pythos in Greek) but history made it into a box.  That jar contained all of the evils of the world, often represented in art as demons.  In curiosity. Pandora opened the jar which she had been warned not to do.  All of those evils and trials were released into the world until she managed to close the container.  This part of the story leads to our somewhat depressing understanding of what it means to “open Pandora’s box” and let out all sorts of unexpected, bad consequences.   Dark stuff.  But that is not the whole story.  One thing was left in the bottom of the jar.  Hope.  Hope was there all along amidst the evils.  And hope abides.

There is hope for us today.  Courageous women are speaking out against men of power for their sexual misconduct.  Americans are pushing back as never before against injustice and bigotry saying – that is not what it means to be an American.  That is not who we are.  This is hope born out of darkness.  We all want light and hope in our own personal darkness.  What we will get is Jesus, or a renewed awareness of Jesus, in the weeks to come.  This can be difficult because the real Jesus challenges us as much as comforting us.  As much as we want simply to embrace an infant as a symbol of hope, there is much more to understanding him than the stories about Christmas.

Do not leave hope languishing in the bottom of a jar.  We cannot, and must not, pretend that it is limited in quantity and that if we let it out, it will be gone or used up.  Like the hope of a child, God’s hope for us and for the world is limitless.  God calls us to take hope not only into our hearts, but out into the world as did Christ. 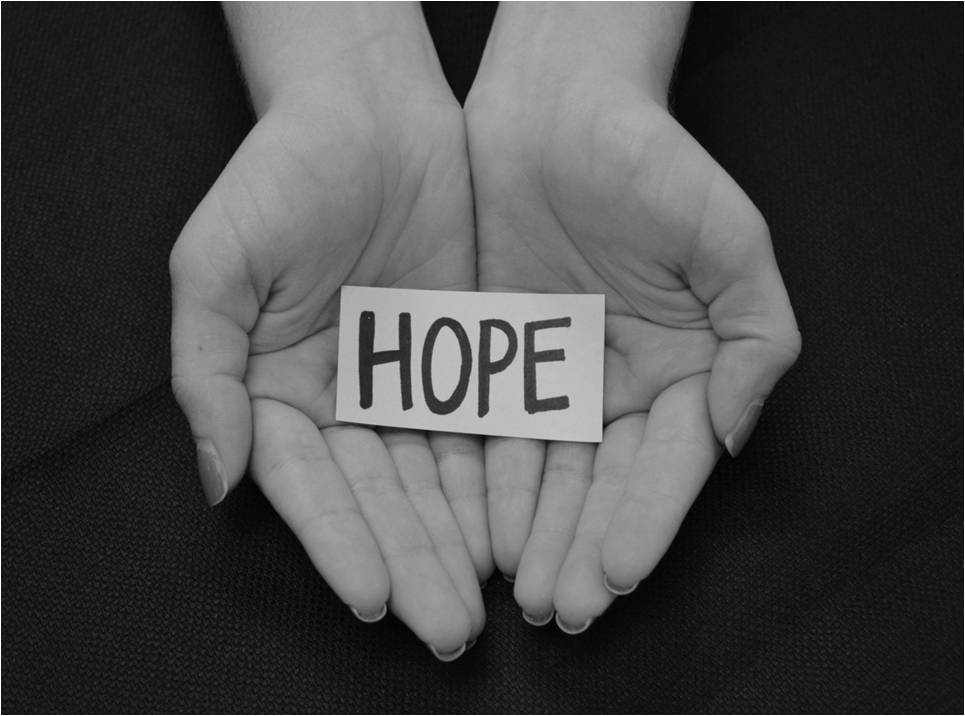