· No Comments
What could be wrong with being famous and adored?  A media darling?  Maybe rich besides, and able to score dinner reservations and tickets to see “Hamilton?”  That’s the superficial part.  Being a celebrity comes with definite problems which we talked about.  Some people seek celebrity as a means to an end.  Others have celebrity thrust on them by circumstances, and then decide to leverage it, making choices about just how to do that.  I put people like Jesus, Martin Luther King, Jr., and Harvey Milk in this group.  They gained celebrity because of their advocacy and witness, because of circumstances around them, not because they were perfect people or sought fame per se.  But when they got it, they used it.  And they suffered the ultimate negative repercussion.

What was Jesus’ celebrity about?  Like King and Milk, it was his challenge to power structures of the day which denied humanity to individuals; it was standing up to warped authority that hurts people.  On that Passover day in the gospel narrative there is a joyous feeling and all could sense it, participate in it.  Passover was a celebration ingrained in history, in blood and bones.  The people had experienced release from Egypt and from Babylon – why not release now from Rome?  At the end, maybe Jesus “gave in” to the pressure to be a celebrity in order to achieve a goal.  And he knew that it could have sacrificial consequences.  This is what can happen when we speak and live our truth.  When and how do you rise to the challenge of living a life of integrity, unafraid to spend who you are, your celebrity, not for your comfort and gain, but for a better world that needs you, the way the crowd needed Jesus?

Blessings to you,
Pastor Carol 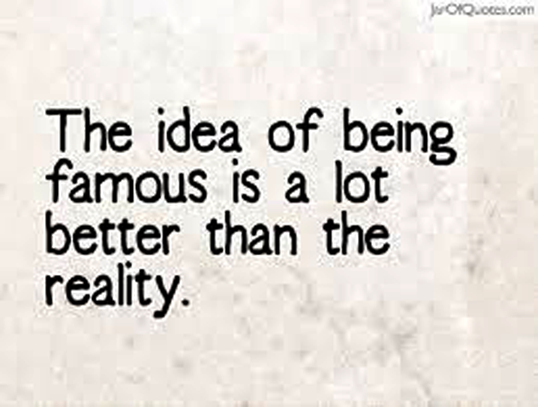