The Practice of Carrying Water

Barbara Brown Taylor writes about the day her power went out during a blizzard after she and her husband Ed moved to the country. What an ordeal it was being “stuck” on their property because power lines had fallen across the road in several places. They also had no refrigeration, running water, electricity or water from their well (which depended on an electric pump!). Barbara and Ed got used to carrying water both for their own use and for that of the animals.

As much as she missed life before the blizzard, Barbara decided to make a “spiritual practice” out of all of the new chores she did to keep all of the animals alive, including the two humans! Part of what she discovered was the deeper connection to the earth she experienced while doing things like carrying water. 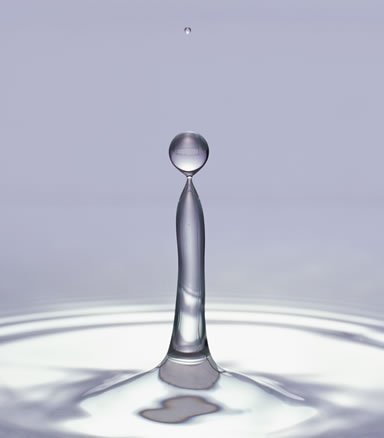 She reflected on the Hebrew words in the creation story of Genesis 2, “adam” (human) and “adamah” (earth). Noticing the similarity of the words, she pointed out that adam came from adamah; the human in the story is appropriately translated “earthling”–one who comes from the earth…one who is of the earth…one who belongs to the earth. The story begins with the inseparable relationship between humans and the earth. It also points to a relationship of care, respect and enjoyment.

What appeared to be a bundle of major inconveniences to Barbara and Ed, turned out to be an opportunity for reflection and gratitude. We all have the opportunity to relate to the earth with mutual care, respect and gratitude. Some of us also experienced power outages last week. Mine was the previous Sunday evening during the wind storm that we had on the peninsula. After collecting all of the candles in the house and taking inventory of all the food items that did not need to be cooked or heated up, having no power seemed to be an opportunity to give my full attention to the earth and all its gifts. I began Monday morning in my favorite breakfast place (Main Street Coffee Roasters in Redwood City) with a hot cup of coffee, a bowl of oatmeal with blueberries and a delicious piece of Hungarian coffee cake. With coffee in one hand and An Altar in the World in the other, I began reading about Barbara and Ed’s power outage and how they used it as a practice to connect with the earth and with God.

To share with everyone on Sunday from the chapter that was all about the earth in the book An Altar in the World…to reflect upon the creation story in Genesis…and then to heat the M’Earth Tones sing songs of the earth and its abundance…all made for a truly joyful celebration of worship. Enjoying the abundance of the earth at our Harvest Festival afterwards made the day even more full of joy and gratitude!

I invite you to look around you this week whenever you are outdoors and say a prayer of gratitude for this big beautiful planet on which we live. I hope to see you this coming Sunday as we consider “The Practice of Feeling Pain.”

P.S. Thank you to everyone who made Sunday (my birthday!) such a special day for me. I am so grateful for all of the birthday wishes, birthday card and gift certificate to Amazon.com. Thank you so much for your kindness and generosity. You made my day!